The government of the United States, as well as its people, are under nearly constant threat from hostile foreign governments, terrorists and spies. Since the Cold War, the FBI counterespionage agents working in the counterintelligence division have fought against these threats to ensure the safety of the country’s most crucial systems.

While every career with the FBI is important, counterespionage is one of the most vital to the continued safety and health of the country. If you’re interested in becoming an FBI agent and have the requisite skills, you can work in counterespionage and prevent serious harm from befalling the nation.

The Role of a Counterespionage Agent

In addition to monitoring threats and determining their severity, counterespionage agents must also develop strategies for detecting risks and preventing them from occurring. When a hostile actor is captured, a counterespionage agent will question them and extract important information related to national security.

A counterespionage agent is also responsible for maintaining the integrity of the FBI itself, making sure that employees are following proper protocol and that sensitive information isn’t being leaked. Other tasks that you may be required to perform when working in counterespionage include testifying in court, questioning terror suspects and foreign agents, tracking foreign actors who are inside the United States and planning counterespionage strategies. 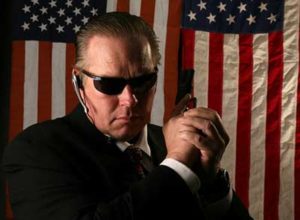 Many counterespionage agents will also work to fight economic espionage, which has the potential to cost the American economy billions of dollars every single year. Wherever information is under threat from hostile foreign agents, counterespionage agents and the rest of the FBI counterintelligence will work to minimize damage and improve security.

When you work as a FBI counterespionage agent, your salary will be determined by the General Schedule (GS) scale for government employees. FBI agents have the potential to earn between GS-10 and GS-15, with GS-15 pay levels being reserved for supervisors and those in management positions. The starting salary for a GS-10 FBI agent would be $46,229 per annum.