There are many threats to national security for which the Federal Bureau of Investigation (FBI) is responsible, but perhaps the most important is the spread of weapons of mass destruction (WMD) and other deadly technologies. When terrorist groups, individual actors and foreign governments acquire these destructive devices, it puts the safety of the country and its citizens at risk.

To combat the spread of these weapons, the FBI established the Counterproliferation Center (CPC) in 2011. It is the responsibility of the CPC to work with international, federal and state level law enforcement agencies to keep these weapons out of the hands of those who would do the nation harm and to reduce their overall number. Learning the job responsibilities of the CPC is an important step if you are interested in a counterproliferation law enforcement career.

The work done by the CPC and other similar agencies falls under the umbrella of counterintelligence. Agents working in the CPC work diligently to reduce the spread of dangerous weapons, including nuclear, chemical and conventional arms. Because counterproliferation is such an important task, there are multiple agencies responsible for this issue, such as the NSA and the CIA.

The CPC uses many different methods to combat proliferation. Some of the most common counterproliferation strategies include diplomacy, trade enforcement and counterintelligence. Working in the CPC means identifying agencies and actors looking to acquire these weapons and preventing this from happening. 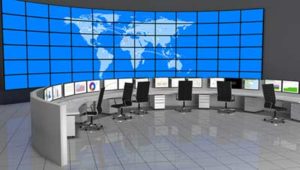 Like every section of the FBI, agents working in the CPC are responsible for a variety of tasks, all of which are vital in preventing deadly weapons from falling into the wrong hands. One of primary responsibilities of CPC employees is tracking all existing domestic and international WMDs. CPC agents will also investigate any attempt, whether successful or not, to infiltrate the security of the America’s WMD arsenal.

If you work in the CPC, you may be tasked with monitoring WMD experts around the world and preventing them from providing weapons information to hostile foreign governments or groups. The CPC must also regularly coordinate with foreign and domestic intelligence agencies and compare information about WMD proliferation.

Other important tasks of CPC agents include disrupting foreign networks dedicated to the buying and selling of WMDs, tracking the financial information of terrorist organizations to determine if they have paid for WMDs and constantly looking for weaknesses in WMD security and correcting any detected flaws.

An important part of any professions is the potential salary, and this includes seeking a career in the Counterproliferation Center. As government employees, the salary of anyone working in the CPC will be determined using the General Schedule (GS) salary scale. This scale has fifteen levels, each of which possesses ten steps.

The workforce of the CPC is comprised of both FBI special agents and support staff. If you work as a special agent, your salary will range between GS-10 and GS-15, with the higher levels applying to agents with the most experience. CPC support staff will be graded GS-7, but can make higher depending on their duties.

The proliferation of WMDs is a constant risk, and if you want to combat this monumental threat, then you should consider becoming an FBI agent and working in the Counterproliferation Center.