If you are pursuing a job in the criminal justice field, you may be interested in the position of a criminal investigator (CI). Criminal investigation happens on local, state and federal levels, but the core responsibility of the job is to solve criminal cases.

While you may be familiar with criminal investigation as it’s portrayed in movies or television shows, the job isn’t always as glamorous or clear-cut as depicted. A CI’s work varies greatly depending their experience and education. Let’s take a closer look at what this job truly entails.

There are several qualifications and requirements a criminal investigator must meet in order to secure a position in the field. Technically, only a high school diploma is required to apply to local or state positions, but a bachelor’s or associate’s degree in criminal justice or another related area can greatly improve one’s chances of finding a job in the sector. On the federal level, a minimum of a bachelor’s degree is usually necessary.

There are certain qualities that the FBI looks for when hiring CIs. These include the ability to pay attention to even the smallest details, a willingness to conduct independent research, strong interpersonal skills and established reasoning and critical thinking skills. A CI should have the capacity to uncover potential motives and pinpoint suspects based on evidence and information gathered in interviews.

Training requirements depend on a candidate’s experience and which agency they’re applying to. The FBI provides opportunities for training within the organization. 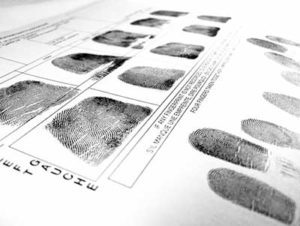 What Does a Criminal Investigator Do?

CIs usually start off their careers by doing entry-level tasks such as preparing evidence for trial, examining records, offering courtroom testimonies and investigating crimes such as felonies or misdemeanors.

After proper training, a CI will primarily investigate crime scenes. They are expected to thoroughly examine a scene and determine what may have happened based on observed and collected evidence. They will also conduct many interviews through the course of their career in order to gain more valuable, pertinent information. Interviews with family members, witnesses and friends of the suspect are common.

Additionally, a CI will study records, monitor suspects and suspicious activities and assist in arrests or raids. Ultimately, the more experience a criminal investigator has, the more responsibilities they have.

CIs who are also detectives usually work cases on a rotating basis until an arrest is made, a perpetrator is convicted or the case is dropped. These cases are often very dangerous and require long hours and exposure to difficult subjects such as death and suffering. Criminal investigation is not for those unwilling to handle danger and emotional strain.

Depending on the agency a criminal investigator works for and their location, experience and education, the annual salary will vary. According to the Bureau of Labor Statistics, the mean annual wage for CIs and detectives is $79,620 as of 2015. States such as Florida, Arizona, California, Texas and New York have the largest number of available criminal investigation jobs, likely due to their larger populations.
In sum, a CI is a problem solver. If a career in this field sounds like something you would be successful at, you should take a look at local and state-level opportunities or see what you can do to work in this position on the federal level.