Combatting economic espionage is one of the main focuses of the FBI, and the Bureau works with industries both large and small to protect them from economic losses and harm perpetrated by foreign governments and other entities. If you’re considering an FBI career, it’s a good idea to become familiar with the job responsibilities of the Economic Espionage Unit.

Why Fighting Economic Espionage is Important

Although many people don’t realize it, economic espionage is one of the largest threats that the country faces on a day to day basis. Foreign operatives are constantly trying to gain sensitive information, and when they acquire this information, it can cause tremendous damage to the American economy. The Economic Espionage Unit of the FBI works to combat these risks and to maintain the health of the economy.

For example, the Economic Espionage Unit fights such issues as intellectual property threat, counterfeiting and any other issue that could potentially threaten consumers and affect the country’s economic standing. By fighting economic espionage, this important FBI unit saves the country billions of dollars and preserves national security. 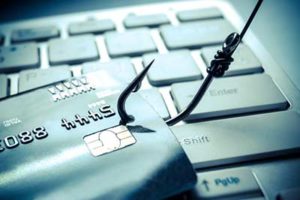 When you work in the Economic Espionage Unit of the FBI, whether as a professional or a special agent, you will be required to perform a multitude of tasks focused on preserving economic information from foreign actors.

For instance, when there is a theft or attempted theft of vital trade information, the Economic Espionage Unit will track the culprit and retrieve the stolen data. This unit also works alongside producers of security technology to develop new systems to keep economic information safe and secure.

Working in the Economic Espionage Unit also requires that you monitor important industries, partner with economic experts to detect security risks, regularly report to Congress about your efforts to combat economic espionage and coordinate with law enforcement agencies across the world to crackdown on piracy and counterfeiting of intellectual property.

The Economic Espionage Unit is comprised of many different professionals, including analysts, support staff and FBI special agents. However, since everyone working in this unit will be a government employee, salaries for a career in the Economic Espionage Unit are calculated using the General Schedule (GS) pay scale, which is comprised of fifteen levels.

Special agents and analysts working in this unit can expect to earn between GS-10 and GS-15, depending on their experience and position. For instance, GS-15 is generally reserved for supervisors and managers. Support staff in the Economic Espionage Unit will usually be paid between GS-7 and GS-9. It is also possible to receive a periodic cost of living adjustment and overtime pay.
Choose to work in the Economic Espionage Unit of the FBI and you’ll be responsible for improving national security and ensuring the continued economic health of the United States.