Of course, everyone wants to know what they’re going to get paid when they enter any given job, and in a career that is exciting and risky as that of an FBI agent, the question may hold special significance. There is an argument to be made that FBI agents take their jobs for passion and dedication, but earning a decent living never hurts, either.

FBI agents, like all government agents, are paid on a special scale which is laid out in grades and steps. Explore how the General Schedule and the various steps in each grade apply to FBI salaries, and what you can expect to earn as an agent or specialized staff.

The General Schedule and Pay Scale

All federal government jobs are salaried based on government-regulated scales. For the vast majority of government jobs, including FBI agents, this pay is on what is known as the General Schedule, or GS. This pay scale is comprised of 15 “grades,” with each grade having 10 steps. The grade your position is assigned is how pay is determined for a given job. 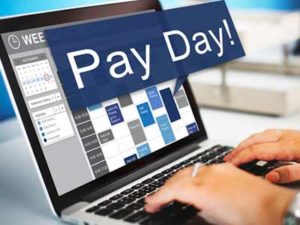 The general grade levels are as follows:

Certain positions, designated as those with career ladders, have the ability to climb from one pay grade to another without the requirement for job-shifting. This can often occur in as little as a few years if the candidate excels at their position.

Where Do FBI Salaries Fall?

Base Pay vs. Living Adjustment

In addition, those who are asked to live outside of the continental U.S. will likely get a higher salary as well, because the government grants a COLA, or Cost of Living Allowance for those who live in Hawaii, Alaska or offshore territories.

The U.S. Office of Personnel Management offers a General Schedule Salary Calculator based on locality, grade and step.