War itself is a tragic thing, and an event that many of us wish we never had to see again. Unfortunately, it’s a fact of life in our world, and most nations have agreed on certain aspects of conflict that are not to be broken. These rules of engagement outline those things which are considered abhorrent even in the face of war and include things like employing child soldiers and genocide, among others.

The FBI received authority to deal with these crimes against humanity by a 1998 Presidential Executive Order. The Bureau’s Genocide War Crimes Unit (GWCU) is given responsibility to identify, track and capture suspects of war crimes and genocide, and bring them before the courts to face justice. Explore what the Genocide War Crimes Unit is, what it does, how it operates, and the role it plays in protecting the United States against war criminals.

Genocide and war crimes are considered among the worst crimes anyone can commit. They aren’t individual crimes, but crimes against humanity. Those criminals who commit such acts threaten millions of lives across the world, not just in the United States, but in other nations as well. They also threaten world peace and security.

The GWCU is assisted by ICE (U.S. Immigrations, Customs and Enforcement) in identifying suspects who many have come to the United States, as well as counting on the vigilance of the general public in spotting suspicious behavior. 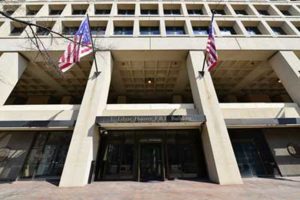 The Genocide War Crimes Unit has broad reach and uses United States agents and staff stationed all over the world to identify, track and capture suspects. They also partner with law enforcement policies in other countries the world over.

The United States stands as a leader in apprehending those who would perpetrate crimes against humanity, and has partners among many world governments in its efforts. Thanks to the GWCU, criminals like Slobodan Milosevic, Ratko Mladic and Charles Taylor have been brought to justice.

Staff who work for the GWCU have a grave responsibility in protecting the entire world from genocidal tyrants and those who would perpetrate war crimes. The duties of a GWCU agent can vary greatly from job to job and specialty to specialty, but can include:

If this sounds like a rewarding career, bringing those to justice who have committed crimes against humanity, you may want to explore a job working for the Genocide War Crimes Unit of the FBI.