The Tactical Operations section of the Critical Incident Response Group (CIRG) possesses many teams dedicated to protecting American citizens across the world, and one of the most important of these teams is the Hostage Rescue Team (HRT). When Americans are in danger, the HRT responds, and is capable of entering any number of high-stress situations that include natural disasters and terror incidents.

A non-Department of Defense counterterrorist union, the HRT and its highly-trained members are always ready to be called into the field and to do the work necessary to maintain national security and to secure the country’s citizens. Learn more about the steps required for a career and to join the Hostage Rescue Team and discover some of the job tasks you will be required to complete in this profession.

Function of the Hostage Rescue Team

Since its creation in 1983, the Hostage Rescue Team has been responsible for combatting serious terrorist threats and extracting Americans from dangerous situations. The HRT is the only tactical counterterrorism team that is not a part of the Department of Defense, and unlike SWAT teams whose members work other jobs until called into action, the HRT is a full-time counterterror unit.

The HRT has completed over 850 operations, and routinely handled incidents involving violent crime, counterintelligence, terrorism and criminal investigations. They are also responsible for rescuing hostages, engaging in undercover operations and performing surveillance. The Hostage Rescue is an integral piece in the fight against terror and efforts to make the country, and the world, more secure. 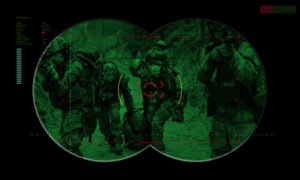 When applying for the HRT, you will need to complete a rigorous two-week selection process. During this process, you will undergo multiple fitness tests that include tasks like sprinting, timed push-ups and pull-ups, distance running and an obstacle course. Candidates who pass the selection process will then take part in six months of training where they will learn skills like marksmanship, hostage negotiation and multiple forms of combat.

Members of the HRT must routinely engage in some of the most high-stress tasks imaginable. For example, when you work on the HRT, you may be required to stop terrorist organizations, pursue criminals on foot and in vehicles and covertly infiltrate buildings to rescue hostages. HRT staff can also provide security for FBI staff and government officials attending events.

Hostage Rescue Team members are FBI Special Agents, which means they are paid on the government General Schedule (GS) table. However, because HRT staff are automatically supervisors, their starting pay will be GS-14 or GS-15 instead of the typical GS-10 starting salary for Special Agents.

If you successfully become a member of the Hostage Rescue Team, you will be responsible for preventing major threats to national security and rescuing Americans who have been taken hostage by terrorists or other criminal organizations.