There are countless career paths and specialty areas one might pursue as a member of the FBI. Whether it’s tracking down interstate fugitives or engaging in active anti-terrorist activities overseas, you can find a worthwhile, rewarding and exciting career in the Bureau in any number of fields.

What Is Investigation and Operations Support?

Investigation and Operations Support forms a vital role in the Critical Incident Response Group. This division of the FBI stretches across multiple departments and focuses on essential operational duties of the Bureau. Without IOSS, the FBI could not do its job keeping us safe at home and abroad.

The various job departments of IOSS include a wide variety of support duties. These include: 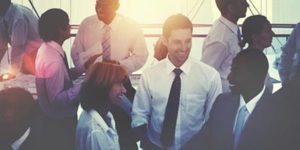 What IOSS Does for the FBI

IOSS is in many ways the backbone of FBI operations. The programs that make up IOSS are essential to the defense of the U.S. and her interests against international and domestic terrorist attacks. These include:

If you are looking for a diverse career at the center of FBI operations, where you will make a difference every day, you might want to look into getting a job in investigations and operations support.