Over the past two decades, the FBI has taken an increasingly important leading role in combating terrorist activities, both at home and abroad. The Bureau works in close coordination with the NSA, CIA and DHS to identify, monitor, infiltrate and systematically dismantle terrorist cells and organizations before they can do damage to the United States, and to respond to threats and attacks when they do occur.

What Is the National Counterterrorism Center?

The National Counterterrorism Center, or NCTC, was first established in 2004 by a Presidential Executive Order under President George W. Bush. It was further codified by the Congressional Intelligence Reform and Terrorism Prevention Act (IRTPA). Its mandate is to serve as a joint planning and intelligence center staffed by personnel from across the various law enforcement and intelligence agencies.

The NCTC Director reports directly to the President regarding counterterrorism planning related to the Executive Branch, and to the Director of National Intelligence regarding domestic and international intelligence topics. It is in turn given direction by the President, the NSA and the DHS.

The NCTC has a mission statement to serve as a leader in battling terrorism both at home and internationally, through threat analysis, communications with partners, and integrating all aspects of national organizations to make sure efforts are unified across the board. 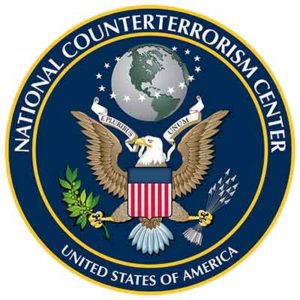 The first directive of the NCTC is threat analysis. They are the primary hub of intelligence integration and analysis related to counterterrorism aspects. They integrate all information analysis from across the various intelligence agencies and produce detailed investigative assessments whose intent are to support policymakers, law enforcement, defense, foreign affairs and homeland security communities. The NCTC is a leader in expert analysis of terror-related issues which carry both immediate and far-reaching potential impact.

Of course, threat analysis is useless without the ability to share the information. The NCTC has a mission to serve as a central knowledge hub regarding terrorists and terrorism activities for all members of the law enforcement and intelligence communities. This repository of knowledge is made available through TIDE, the Terrorist Identities Datamart Environment.

The NCTC serves to integrate all national counterterrorism efforts in one unified arm, bringing together military, intelligence, financial, diplomatic, law enforcement and homeland security operations to work together as partners in battling terrorist activities. As such, it helps to coordinate over 20 agencies and departments from across the government to coordinate planning and execution efforts in the War on Terror.

If you work in FBI counterterror career path, you will likely work with or directly under the auspices of the NCTC, an important hub of communications, research, analysis and operations for anti-terror activities across our government.