Taking up an FBI career in North Carolina would mean signing up to help protect citizens of the United States form local and foreign threats. Some of the responsibilities of an FBI career involves, fighting ad investigating violent crimes, detecting crime rings and organisations, investigating white collar crimes and many others. The FBI has seven satellite offices located all over the state and one field office in Charlotte.

Working for the FBI entails certain requirements to ensure all special agents are well suited for the job. To become a federal agent, an applicant must ensure that he/she meets the following FBI agents’ requirement.

Background screening- the agency uses the record of the national crime information centre to cross-check candidates who apply for jobs with the FBI. It shows all details of past crimes, arrests, misdemeanours and convictions ensuring that individuals admitted into the FBI College have clean records.

Personality tests are also conducted to determine the mental capacity and judgment ability of candidates, this helps the agency determine what unit the prospective agents are best suited for. 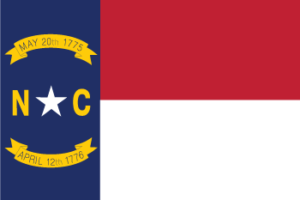 There are several different divisions in which the North Carolina FBI special agents are divided into;

Computer Analyst – The FBI criminal profiler job is handled by computer analyst; agents in this unit are well versed in handling electronic and computers to read interpret and decode information for the agency.

Bomb Technician – Agents with this unit specialize in identifying and neutralizing explosive devices. They are equipped with highly technical equipment like X-ray machines, robots and body armour to conduct their operations.

Evidence response Team – A crime scene investigators job is linked directly to the evidence response team, first responders must make sure that all details are retrieved and stored for further analysis. The team records all information and ensures that nothing is left out for the investigation process.

Bachelors of Science in Criminology – As a minimum requirement for prospective agents, candidates who wish to join the North Carolina FBI or even enrol for an FBI internship must possess a bachelors degree relevant to the agency. A criminology degree provides individuals with knowledge on criminal profiling and perspectives necessary to fully grasp the idea behind the real-world experience they will be exposed to.

Masters of Science in Criminology – Obtaining masters in criminology reduces the years of experience required for working with the FBI. Agents with higher qualifications are more suited for posts of higher cadres.

The North Carolina FBI has a field office in Charlotte. It has seven other satellite offices set up around the state. They are located in; Asheville, hickory, Raleigh, Wilmington, Greensboro, Greenville and Fayetteville. Each of these offices is assigned counties within which they conduct their operations.

FBI agents are generally charged with protecting and safeguarding the lives of citizens. They do this by carrying out investigations in over 200 categories of crimes and violation of national security. Along with maintaining the strictest confidentiality about ongoing investigations, the agency keeps track of suspicious individuals and organisations to ensure that all activities are monitored and lawful.

The FBI in North Carolina has its primary headquarters located in Charlotte. It has had a strong presence ever since its establishment in 1909. Initially, the Charlotte division was focused mainly on investigating car theft, interstate prostitution and other similar crimes. The bureau has made significant progress since then as its attention shifted after the Second World War to focus more on national security. In its recruitment process, applicants who are fluent in other languages are at an advantage to join the FBI especially if they can speak Korean, Arabic, Russian, Urdu, Chinese, Farsi, Punjabi, Pashto and Arabic.

Different units within the North Carolina FBI has varying salary ranges, the SWAT salary according to the United States Bureau of labour statistics was $56,130 in 2013 while the median computer forensic salary was $75,660. However, the average salary of an FBI special agent in Charlotte North Carolina is $85,147. This depends on the qualifications and years of experience of the agent as higher security clearance and promotion would mean increase salary and employment benefits.