The Federal Bureau of Investigation has one field office located in Oklahoma City; it has 11 other satellite offices located around the state. Agents who sign up for an FBI career in Oklahoma are responsible for the enforcement of federal laws and safekeeping of all the citizens in the 77 counties of the state.

To join the FBI in Oklahoma, they are some basic FBI requirements that all prospective agents must meet.

The Oklahoma FBI employs the use of a background screening to admit agents into the bureau. A background check shows all past record of crimes, arrest, and credit card debts, and helps the agency to pick candidates with an exemplary record.

Aside the background screening, personality tests are administered to applicants to test their logical reasoning and situational judgment abilities, this helps the agency determine the cognitive and behavioral abilities of prospective agents. 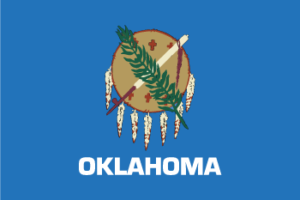 Different Positions Within The FBI

The field office of the bureau focuses on the following specialization;

HAZMAT Experts – Agents in this unit are trained to handle situations involving hazardous objects ranging from chemical and radiological materials.

Specialized Weapons and Tactics Team – Commonly referred to as SWAT, this is the tactical unit of the agency, they handle the field operations of most counterterrorism jobs along with a few other specialized positions. They consist of 15 highly trained FBI agents who are called upon to handle high-risk situations.

Special Agents Bomb Technicians – This unit specializes in identifying and neutralizing explosive devices of all kinds. They are provided with high-end gadgets to help them in their operations.

Language Specialists – The United States consists of different individuals from different countries, it is, therefore, important that the law can understand each dialect to effectively maintain peace. This unit helps to translate audios, and documents to help in investigations and espionage cases. They also help in interviews where foreign speakers are involved.

Computer Analysts and Response Teams(CART) –  Responsible for most of the agencies intelligence analyst jobs, this unit consists of forensic experts who investigate digital devices for retrieving and processing evidence.

Evidence Response Teams – The state of Oklahoma has an evidence response team who carry out crime scene investigation. The unit has three teams with eight agents in each whose focus is on gathering physical evidence from crime scenes.

The state of Oklahoma has a good number of cities, the six biggest cities are; Oklahoma City, Tulsa, Norman, broken arrow and Edmund. The state has its one field office of the FBI situated in the capital (Oklahoma City). Aside from this, they are 11 satellite offices located around the state. They are, Ardmore, Durant, elk city, Lawton, McAlester, Muskogee, Norman, Stillwater, Tulsa, Vinita and Woodward.

Agents in Oklahoma are generally involved in investigating and prosecuting federal crimes, they also perform certain specific duties including;

The enrollment process is usually a long and technical one, all FBI agents must complete 20 weeks of training in Quantico Virginia before being absorbed fully into the agency. The application usually takes anywhere from 6 months to one year. All agents are expected to pass a physical fitness test and medical tests by undergoing a thorough medical examination. The Oklahoma field office has a wide range of cases that it handles, from white-collar crimes to counterterrorism jobs and even cybercrimes detection.

As a new agent just starting at the agency, the starting salary is fixed in line with the GS pay scale. New agents receive a salary of $43,441. But with the localized adjustment rate of Oklahoma City at 2.83%, agents ultimately earn a starting salary of $44,670. The salary, however, depends on the unit and job descriptions of agents along with their qualifications and security clearance level.