The federal bureau of investigation is a government agency that consists of highly trained individuals known as agents who work together to protect the lives of citizen on a domestic and foreign scale and strive to maintain the national security. The FBI field office in Oregon is located in Portland and it has five other satellite offices around the state.

Individuals looking to join the bureau must ensure that they meet the following FBI agents’ requirement.

To become an FBI agent, candidates must be willing to go anywhere.

Jobs with the FBI require great levels of security and confidentiality, for this purpose, background screening is conducted on prospective agents. This is an extremely important part of the FBI hiring process, such checks help to verify all information provided at the point of application and ensure that applicants have a clear criminal record.

All candidates working for the FBI have to pass a personality test. It is a mandatory requirement that helps the agency determines suitability and the ability of an agent. 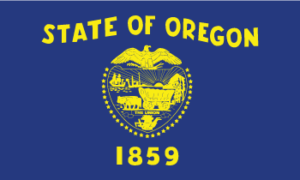 Different Positions With the FBI

The field office of the FBI in Oregon consists of several units responsible for handling different functions;

Hazmat Experts – This unit is made up of several special agents trained to handle hazardous materials including chemical, biological and radioactive weapons. They partner with the tactical unit to execute counterterrorism jobs.

Intelligence Analyst – This unit handles all information. An intelligence analyst’s job is to gather information to help craft strategies on both domestic and foreign matters.

Investigative specialist-agents in this unit are responsible for conducting surveillance and helping the counterintelligence groups in their operations.

Financial Analyst – This unit consists of skilled financial experts that handle the management of the bureau, its cases, and its equipment.

Language Specialist – consists of special agents well versed in language and linguistics whose main duties are to interpret audios and document and sometimes conduct interviews.

Victims’ Assistant Specialist – They play an important role in helping crime victims overcome traumas and provide them with medical and emotional help.

Specialized Weapons and Tactics (SWAT) Team – This is the field operations unit responsible for conducting raids and other high-risk operations including hostage rescue and criminal arrest.

Special Agent Bomb Technician – Agents who take up FBI careers as bomb technicians are trained experts who can detect and disarm explosive devices and other incendiary devices. They make use of highly technical equipment designed to help them in their operations.

Bachelors of Science in Criminology -To become a federal agent, candidates must have a minimum of a bachelor’s degree as part of the FBI agents’ requirements. Candidates with a criminology degree are suitable for the agency since most cases handled are on federal crimes and require law enforcement expertise.

Masters of Science in Criminology – Candidates who have a master’s degree in criminology or criminal justice only need to have a minimum of two years of work experience as opposed to the required three for lesser qualifications.

Degrees for FBI Support Specialists– Specialists working for the FBI in other positions need to have qualifications necessary to their field. Due to the diverse nature of the agency, applicants with a bachelor’s degree in accounting, law, computer science, and language can work in a various capacity for the organisation.

Major cities in the state

The state of Oregon has a lot of cities within it. It is in fact the ninth largest state in the country with a landmass of about 100,000 square miles. It has a field office located in Portland, and five satellite offices at; Eugene, Medford, Salem, Bend, and Pendleton.

Although FBI agents are charged with protecting citizens and safeguarding national security. There are some specific duties that they execute to achieve these goals, they include.

The FBI in Oregon has been present since early 1900. Since its inception, the bureau has investigated a wide range of cases, from prostitution to anti-trust issues. The Portland field office handled the popular DB cooper hijacking case, where a man named Dan Cooper hijacked a northwest orient plane. Some of the money was recovered nine years later but his whereabouts remain a mystery. Ever since the 9/11 attacks, however, the bureau has made significant improvements in handling crime and domestic terrorism cases. The bureau marked its 100th anniversary in July 2008, which coincided with the opening of a regional training facility in the state.

On average, FBI employees earn between $63,000 and $69,000 annually, this salary is in line with the gs pay scale and may vary depending on the experience and education of FBI agents. It also depends on the unit of placement as a computer forensic salary may differ from a swat salary.  The salaries also vary based on locations as agents in Portland are granted a 20.35% percent adjustment according to the United States Bureau of Labour statistics.