South Dakota is one of the sparsely populated states in the US. Regardless of this sparse population, South Dakota makes for great FBI opportunities and experiences. FBI agents in South Dakota are comparatively smaller in number than in other states and this by extension means that; South Dakota FBI agents must be versatile and experienced in an array of fields as against their counterparts who are more specialized. If you are in South Dakota and you would like to know how to get into the FBI then this article is just for you.

Special agents are the backbone of the FBI and as such are required to undergo certain thorough and rigorous training and application regimens before they can be employed by the agency. This training is essential as it facilitates their ability to work as field experts on high profile crimes and several other investigations needing the FBI’s attention. Below is a list of requirements necessary to become an FBI Special Agent in South Dakota.

From having to confront threats to acting as role models, the everyday life of an FBI agent in South Dakota is as dynamic as it gets. The FBI is tasked with handling a variety of situations ranging from criminal to counterintelligence and even cybercrimes; hence FBI jobs are quite extensive. However, here are a few FBI positions available to South Dakota. 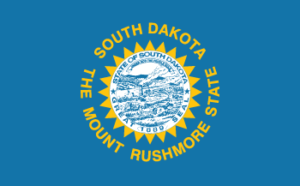 COUNTERINTELLIGENCE: A huge part of the FBI’s responsibility is to protect the USA from espionage and foreign intelligence operations. This duty is executed primarily by the counterintelligence division of the FBI in South Dakota.

CYBER CRIMES DIVISION: The cybercrimes division of the FBI is usually made up of Analysts, Computer Scientists, and Forensic Examiners. As with all other 55 FBI field offices, the Minneapolis Division which covers South Dakota, North Dakota, and the states of Minnesota offers candidates job opportunities in the cybercrimes unit of the FBI.

CRIMINAL INVESTIGATIVE DIVISION: Statistically, the CID (Criminal Investigative Division) is the largest division within the United States FBI. The CID has over 4800 Field Special Agents, 300 Intelligence Analysts and 520 headquarter employees. The CID is in charge of addressing globalized criminal threats.

TACTICAL OPERATION: As a part/section of the FBI’s Critical Incident Response Group, the Tactical Operations Division has the following positions

Candidates of the FBI (South Dakota Inclusive) are required to meet certain degree requirements. FBI Special Agent candidates must have at least a Bachelors Degree in a relevant field and from an accredited 4 year University.

There are 4 resident agencies or satellite offices located in the state of South Dakota.

Sioux Falls: Located on the eastern side of South Dakota, Sioux Falls is the largest metropolitan area in South Dakota. This satellite office is in charge of supervising operations in 28 separate towns and rural county areas.

Pierre: Pierre is located at the center of South Dakota and handles operations for 7 towns (mostly rural)

Aberdeen: The Aberdeen office in South Dakota handles operations on the Northern border of the state.

Rapid City: Located on the western border of South Dakota, Rapid City is the second-largest jurisdiction in South Dakota

It is important at this point to note that entering pay grade for professional staff is often influenced by advanced degrees such as Masters and Ph.D. as well as substantial professional achievement, high military rank, and a few other variables.