You might think of spies and secret agents as something out of James Bond, a throwback to an earlier cloak and dagger age. The truth is, as technology advances, counterintelligence has become more important than ever. It’s just changed in the way it operates.

Terrorist organizations and rogue nations are constantly trying to steal security secrets and undermine our country, and special agents in counterintelligence are our best line of defense. Explore the responsibilities and opportunities for FBI counterintelligence agents, and how you can enter this exciting and thrilling career.

Counterintelligence has been one of the Bureau’s mandates almost as long as it’s been in existence. The FBI was first formally established in 1908, and in 1917 it became responsible for dealing with international security threats to the United States. Housed within the National Security Branch, the Counterintelligence Division has gone through many names and changes over the years, but FBI counterintelligence agents still have certain ongoing mandates: 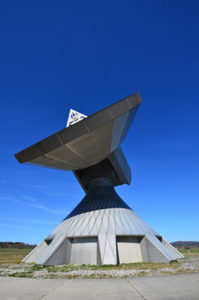 In the past decade or two, economic espionage has become a major problem for the United States, costing hundreds of billions in damages every year, and even placing our national security in danger. This threat is growing rapidly, with new and varied threats cropping up every day.

In the past, economic espionage has targeted our technology and defense industries, but more recent efforts have been undertaken against the retail sector and even private accounts. The FBI has added economic espionage as an important focus in their counterintelligence activities.

Every hour of every day for a counterintelligence agent is not spent tracking down threats. Much of it is focused on outreach and education. The best defense, after all, is a little knowledge. Many FBI agents focus on the development and delivery of specialized outreach and training materials. They participate in conferences, deliver speaking engagements and workshops, and generally spread education and raise awareness about intelligence-related threats.

Often, such programs are created and delivered in conjunction with agencies like the National Counterintelligence and Security Center, and they help people realize that even industrial or retail outlets could be targeted by spies with ill intent towards the United States at any time. These programs form an important part of our counterintelligence activities, teaching those with sensitive and proprietary properties and goods how to spot and avoid intrusion efforts.

If helping to stop foreign spies from stealing U.S. secrets and threatening our nation’s national security is an attractive idea for you, then take some time to explore what it takes for people to become specialized FBI counterintelligence agents today!