In this day and age where the U.S. faces major threats both at home and abroad from rogue organizations determined to bring down the Western World, the FBI’s primary focus in many ways has become stopping terrorists from attacking and harming innocent people and population centers.

Working for the counterintelligence division, or CTD, is a job that is highly sought after by many new Special Agents in the Bureau. Explore the activities, responsibilities, and skills involved with becoming an FBI special counterterrorism agent, and why they are so vital to our nation.

There are a number of different roles one might play as an FBI special counterterrorism agent. These men and women have one of the most important, high-priority responsibilities in the entire Federal Bureau of Investigation: that of protecting the United States, her citizens and her interests against terrorism.

CTD Special Agents track criminal activities at home and overseas, identify those who have terrorist ideologies or who have become radicalized, monitor for potential terrorist activities or planning, apprehend suspects in the process of conducting terrorism and stop hostile organizations from damaging the United States or innocent people anywhere in the world. The end goal of a counterterrorism agent is to utterly dismantle terrorist networks wherever they appear. 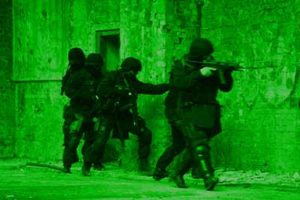 The Job of a CTD Special Agent

CTD Special Agents can carry a broad range of specific jobs, from bomb squad experts who disarm IEDs and bring them in for dismantling and analysis to crime scene investigators and criminal profilers who help to trace evidence and patterns to seek out terrorists and their activities, to SWAT and field agents who engage in tactical activities to bring down terror organizations with the help of other international agencies including the NSA, DHS, CIA and even the military.

Overall, the CTD has the following responsibilities:

The first step in becoming an FBI special counterterrorism agent is to enter training as a Special Agent in the Bureau. This requires rigorous background, financial and security checks, as well as specific age and educational requirements, followed by active training in your area of specialty at the FBI training facility in Quantico. Only the best, most experienced and dedicated agents become eligible for CTD training, so you’ll need to be at the top of your game to qualify.

However, if you make it, this is one of the most important and rewarding jobs the FBI has to offer. If protecting the United States and her allies against renegade organizations determined to hurt innocent people appeals to you, explore the career path of a CTD Special Agent.