Tennessee has an estimated population of 6.6 million people as of 2016. Over the years, the state has an accumulated history of crime which dates back to the outlaw days of the Wild West and also the bootlegging during prohibition. FBI agents in Tennessee are tasked with the responsibility of overseeing all FBI operations in and around their two main field offices in Memphis and Knoxville. If you are in Tennessee and you would like to know how to get into the FBI then this article is just for you.

Special agents are the backbone of the FBI and as such are required to undergo certain thorough and rigorous training and application regimen before they can be employed by the agency. This training is essential as it facilitates their ability to work as field experts on high profile crimes and several other investigations needing the FBI’s attention. Below is a list of requirements necessary to become an FBI Special Agent in Tennessee. 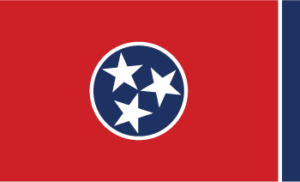 From having to confront threats to acting as role models, the everyday life of an FBI agent in Tennessee is as dynamic as it gets. Amongst other primary responsibilities such as counterintelligence, cyber crimes, a criminal investigation, tactical operations, and counterterrorism, The FBI in Tennessee is also tasked with handling advanced situations. Here are a few FBI positions available to Tennessee.

With two field offices, the Tennessee FBI offers plenty of opportunities to learn new tasks and skills and take part in various operations:

Evidence Recovery and Processing: These teams are responsible for evidence collection at crime scenes as well as analyzing this evidence for clues concerning a case. Crime scene evidence varies from DNA samples to bullets, blood, fingerprints, and other items found near or at the crime scene(s.). While the Knoxville field office has two 8-member teams who handle this task, the Memphis office has just one team of evidence analyzers, who regularly assist local law enforcement officials in high-profile cases and crimes.

Bomb Recovery and Analysis: The bomb specialists are tasked with the responsibility of identifying possible explosive materials and detonating them. The Memphis and Knoxville office both have a team of three bomb specialists.

Candidates of the FBI (Tennessee inclusive) are required to meet certain degree requirements. FBI Special Agent candidates must have at least a Bachelors Degree in a relevant field and from an accredited 4 year University.

Memphis: The Memphis field office is located in the Western part of Tennessee and is saddled with the responsibility of spearheading all FBI operations in the area. To efficiently execute their duties and curb crime to the barest minimum, the Memphis office partners with local and state law enforcement agencies as well as community groups including but not limited to the Memphis Field Intelligence Group, the Memphis Joint Terrorism Task Force, Crimes Against Children Task Force, the Joint Cyber Crime Task Force, Memphis Cargo Task Force, and the Mortgage Fraud Task Force.