Texas is the second largest state in the US and this means the FBI in Texas have lots of territories to police which by extension also makes for great FBI job opportunities and experiences. Texas has lots of job offers in their four field offices (Dallas, El Paso, San Antonio, and Houston) as well as 25 satellite offices in Texas.

FBI professionals assigned to the Texas locale protect the state from criminal actions and dangerous security threats. Some of the Texas FBI’s domestic priorities include:

If you are in Texas and you would like to know how to get into the FBI then this article is just for you. 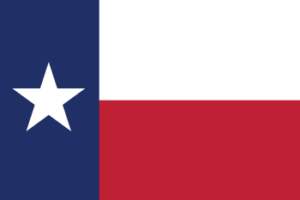 Special agents are the backbone of the FBI and as such are required to undergo certain thorough and rigorous training and application regimen before they can be employed by the agency. This training is essential as it facilitates their ability to work as field experts on high profile crimes and several other investigations needing the FBI’s attention. Below is a list of requirements necessary to become an FBI Special Agent in Texas.

Support Positions, on the other hand, do not have to undergo as much rigorous training as Special Agents. The support positions are for FBI agents who would not be involved actively in the field or engage in FBI Special Agent Duties. While Support Position Staffers are not exactly as prestigious as the special agents, they keep the agency running as they assist Special Agents via clerical, administrative and maintenance services. The essential requirements to become an FBI Support staff in Texas are;

Here are a few FBI positions available to Special Agents in Texas.

Different Positions Within the FBI for Special Agents in Texas

Evidence Recovery and Processing: These teams are responsible for evidence collection at crime scenes as well as analyzing this evidence for clues concerning a case. Crime scene evidence varies from DNA samples to bullets, blood, fingerprints and other items found near or at the crime scene(s)

Bomb Recovery and Analysis: The bomb specialists are tasked with the responsibility of identifying possible explosive materials and detonating them

Linguists or Translators: Linguists are required to be fluent in spoken and written English and at least one foreign language of their choice. Before employment, linguists are subject to a series of tests such as listening and reading tests, translation tests, and speaking

Cyber Crimes Division: The cybercrimes division of the FBI is usually made up of Analysts, Computer Scientists, and Forensic Examiners.

Candidates of the FBI (Texas Inclusive) are required to meet certain degree requirements. FBI Special Agent candidates must have at least a Bachelors Degree in a relevant field and from an accredited 4 year University.

There are 4 field offices and 25 satellite offices located in Texas.

Houston: The Houston field office along with its 6 satellite offices covers 40 counties. Houston has a HAZMAT team which offers a Weapons of Mass Destruction (WMD) program. The idea of this program is to host regional training for first responders.

San Antonio: The San Antonio office along with its 6 satellite offices covers 59 counties and about 500 miles of the US-Mexico border. The San Antonio field office has a Victim Assistance team which provides support to victims who have as a result of a federal crime suffered harm.

It is important at this point to note that entering pay grade for professional staff is often influenced by advanced degrees such as Masters and Ph.D. as well as substantial professional achievement, high military rank, and a few other variables.