Virginia is the twelfth most populous state in the USA with an estimated population of over 8.3 million inhabitants as of 2016. Virginia’s predominant languages are Spanish and English. While Richmond is Virginia’s capital, Virginia Beach is the largest city in the state. The FBI has two field offices in Virginia overseeing FBI operations in 100 counties and 8 satellite offices.

The FBI Academy is located in Quantico, Virginia – this serves as a major research hub, an advocacy center for law enforcement practices worldwide, as well as a center for training FBI special agents and intelligence analysts.

The decision to join the FBI is quite unlike most other career choices. With each passing day, a new, exciting, and rewarding challenge arises and offers Agents the opportunity to not just serve the country but also save lives. If you are in Virginia and you would like to know how to get into the FBI then this article is just for you.

Special agents are the backbone of the FBI and as such are required to undergo certain thorough and rigorous training and application regimens before they can be employed by the agency. This training is essential as it facilitates their ability to work as field experts on high profile crimes and several other investigations needing the FBI’s attention. Below is a list of requirements necessary to become an FBI Special Agent in Virginia. 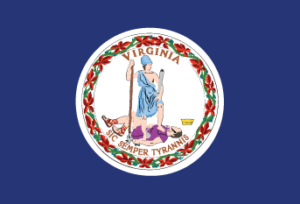 Primary Positions Within the FBI in Virginia

With two field offices (located in Norfolk and Richmond), the Virginia FBI offers plenty of opportunities to learn new tasks and skills and take part in various operations:

Evidence Recovery and Processing: These teams are responsible for evidence collection at crime scenes as well as analyzing this evidence for clues concerning a case. Crime scene evidence varies from DNA samples to bullets, blood, fingerprints, and other items found near or at the crime scene(s)

Bomb Recovery and Analysis: The bomb specialists are tasked with the responsibility of identifying possible explosive materials and detonating them.

Candidates of the FBI (Virginia inclusive) are required to meet certain degree requirements. FBI Special Agent candidates must have at least a Bachelors Degree in a relevant field and from an accredited 4 year University.

FBI Professional Staff such as experienced linguists, financial analysts, etc needs a high school diploma in any of these relevant fields.

The FBI offices in Norfolk and Richmond are dedicated to fighting the most dangerous security and criminal threats the US faces but with an initial focus on the citizens of Virginia.

Norfolk: Beyond the aforementioned primary positions within Virginia FBI, the Norfolk office also comprises a team of translators and a hostage rescue team who are trained to locate and rescue victims of hostage situations. A Cyber Crime Working Group was created in 2003 in Norfolk to bring together the efforts and experience of local, state, and federal experts in a bid to tackle computer/high-tech crimes, cyber crimes against children, telecommunications fraud, and identity theft.

Richmond: Apart from the positions mentioned above, the FBI at Richmond have a victim assistant to support people physically, emotionally, etc as well as a Joint Terrorism Task Force comprising of 40 local, state and federal agencies; tasked with the responsibility of running down terrorism leads, develop and investigate cases involving suspected terrorists. The FBI in Richmond also provides extra security for special events.