Washington has a population of an estimated 7.1 million people as of 2015, thus making it the 13th most populous state in the US. Named after the first president of the United States, George Washington, the state’s FBI office is situated in Seattle. FBI agents in Washington are tasked with the responsibility of overseeing all FBI operations such as child pornography; trafficking of counterfeit goods, drugs, and people; murder; mortgage fraud; and also domestic violence on Native American /Indian reservations in Washington.

If you are in Washington and you would like to know how to get into the FBI then this article is just for you.

Special agents are the backbone of the FBI and as such are required to undergo certain thorough and rigorous training and application regimens before they can be employed by the agency. This training is essential as it facilitates their ability to work as field experts on high profile crimes and several other investigations needing the FBI’s attention. Below is a list of requirements necessary to become an FBI Special Agent in Washington.

From having to confront threats to acting as role models, the everyday life of an FBI agent in Washington is as dynamic as it gets. Here are a few FBI positions available to the FBI in Washington. 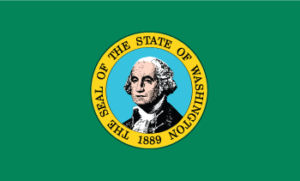 Candidates of the FBI (Washington inclusive) are required to meet certain degree requirements. FBI Special Agent candidates must have at least a Bachelors Degree in a relevant field and from an accredited 4 year University.

Functions of the FBI in Washington

The FBI Field Office in Seattle is actively involved in the pursuit of terrorists and high profile criminal cases which have seen this field office record their fair share of successes with cases like:

FBI agents in the Seattle Division are actively involved in cases that go beyond pursuing serial killers and terrorists; they also fight against

The Washington Division of the FBI has a main field Office in Seattle and eight resident agencies/ satellite offices in the state which include:

One of the Bellingham satellite office’s most notable operations is a 2012 raid that saw FBI agents arrest 23 suspected gang members and high-risk offenders within Whatcom County. Amongst the arrested 23, was a suspect wanted for kidnapping amongst other crimes.

The Everett County FBI partners with the North Sound Child Exploitation Task Force (CETF) in Everett and together they have been instrumental in recovering juveniles victimized by prostitution, as well as now adults who were forced into prostitution as juveniles.

The FBI agents in Olympia are actively involved in protecting children from exploitation via their actions in CETFs.

Spokane is the home of the Inland Northwest Regional Terrorism Task Force.  Historically, Spokane is lauded for arresting a white supremacist who had placed a radio-controlled pipe explosive on the route of a Martin Luther King Jr. march.  The culprit was sentenced to thirty-two years in prison.

Thanks to the FBI Agents in the Poulsbo satellite office, a bank robber who robbed 4 banks in Kitsap County, as well as some espresso stands, was in December 2012, sentenced to thirteen years in prison.

In line with the United States’ commitment to fishing out individuals involved in child exploitation, Tacoma FBI agents not only take part in the South Sound Child Exploitation Task Force but have also helped in jailing people involved in exploiting juveniles.

FBI Agents in the Tri-Cities are tasked with the responsibility of combating gangs and other violent crime matters. In their capacity, they have helped investigate and apprehend members of major drug trafficking rings distributing tons of cocaine in this area.

The FBI in Vancouver recently recovered over 2 kilograms of methamphetamine, as well as indicting a man responsible for sending letters containing white powder to members of congress.

The Yakima FBI satellite office very recently, investigated a robbery crime and helped find a bank robber. They also unraveled the estate of a man suspected of running a Ponzi scheme.