The FBI Weapons of Mass Destruction Directorate was established in July of 2006 to help create a coordinated and cohesive approach to all incidents related to CBRN material—that is, chemical, biological, radiological and nuclear. The overarching focus, of course, is the prevention of use of these devices on innocent populations—put in simpler terms: counterterrorism. Explore what the WMD Directorate does in the FBI and how their efforts work to keep the United States safe from terrorist threats.

According to the U.S. government, WMDs are those devices, weapons or materials that have the purpose of causing death or harm to a large number of people, through radiation, pathogens, chemicals or other substances. These threats are growing and expanding, presenting a real danger to United States national security.

Over a dozen known terrorist organizations have expressed intent to obtain and use devices of this nature and multiple attempts to use such devices have been foiled. The problem gets worse when one considers the mass range of hoaxes that draw resources and attention from the real problem.

The Weapons of Mass Destruction Directorate was established expressly to coordinate government efforts to curtail and stop the threat of WMD use both at home and in other nations all over the world. 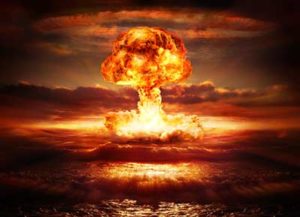 The WMD Directorate is in place to make sure that the FBI and its partners among the NSA, CIA, DHS and other agencies are prepared to avoid, anticipate, disrupt, respond, and stop these threats wherever they crop up. As the threat continues to grow and evolve, the directive supports building and implementing partner agencies, plans and policies at all levels internationally as well as at home.

Colloquially, these efforts are called “setting tripwires,” as they serve to establish an early warning system via a network of trained professionals who can spot an emerging threat before it arises.

The Growth of the WMD Directorate

The Defense Against Weapons of Mass Destruction Act was passed over two decades ago, in 1996. This act listed the FBI as a key agency to partner with other governmental agencies for protection against WMD attacks. As the need grew, the FBI determined that there was a need for a new program which could not only meet current, immediate threats, but could grow alongside the operations it opposed. Since then, the Directorate has become an FBI National Program with marked impacts on the overall governmental response to these threats.

If you are fascinated by the prospect of stopping terrorists from dealing mass harm to entire population centers, working towards a career in the WMD Directorate might be perfect for you. The first step is to become an FBI agent, and then ply your engineering and scientific skills towards stopping this mass threat. Check out how you can get started on this path today!