Counterterrorism operations have, over the past few decades, become some of the most important responsibilities of the Federal Bureau of Investigation. Our nation has never in its history faced the number and nature of threats it does today from agencies like Al Qaeda, ISIL, the Taliban and other terrorist forces both domestic and foreign.

The field operations that work to bring down these terror organizations that threaten U.S. interests and citizens are coordinated and overseen by the FBI Counterterrorism Operations Branches. Explore the operations, responsibilities and activities of the FBI’s counterterrorism operations, and how they work to keep us safe from threats.

The FBI’s Counterterrorism Operations Branch is divided into two sections, each of which has its own complex and equally vital responsibilities in protecting United States citizens and the country’s interests from terrorist activities. Each of these branches is further subdivided into various sections, each with its own priorities and career duties.

Counterterrorism Operations Branch I is comprised of the International Terrorism Operations (ITOS) sections I and II. ITOS-I deals specifically with Al-Qaeda-related activities both foreign and domestic. ITOS-II is in place to deal with four specific other terror groups: Palestinian rejectionist organizations, Hezbollah and Iranian terror, organizations in Iraq, Syria and Libya, and other terror groups that present a global threat.

A CIA officer serves as the deputy section chief of ITOS-II, and in return an FBI agent serves as Deputy Director of the CIA Counterterrorism center. 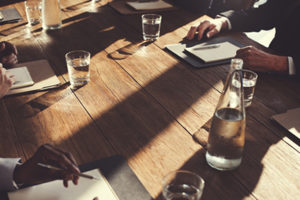 Operations Branch II is subdivided further and has somewhat more complex responsibilities. The job of this section is focused more on domestic acts of terrorism, and those cells, organizations and individuals that operate on U.S. soil, as well as holding certain specific global areas of responsibility.

The three sections of Branch II include the WMD/DT section, focused on domestic terror and weapons of mass destruction; the CXS, or communications exploitation; and the TFOS, or terrorist financing operations section.

The WMD/DT operations sometimes take this branch outside of the United States, focused on finding weapons of mass destruction and eliminating that threat.

The TFOS is focused on breaking down, prosecuting, investigating and dismantling those organizations and accounts which finance terrorist cells and organizations. It also coordinates and supports the financial needs of ITOS branch operations. It is comprised of four financial investigations units:

The CXS was established in 2002 and is tasked with investigation and analysis of captured communications including Internet, cellular and landline data, for the purpose of identification and monitoring of potentially terrorist networks.

The FBI Counterterrorism operations are an essential part of the agency’s National Joint Terrorism Task Force, which works closely with various intelligence and law enforcement agencies both at home and abroad to battle terrorism both globally and regionally by facilitating communication between agencies and coordinating efforts to break down these operations. If you are dedicated to protecting your nation and its citizens from the threat of terrorism, consider work in this rewarding and exciting career.