Being the main investigative branch of the United States department of justice, the FBI has 56 field offices setup all over the country. It has 3 branches in New York. It remains a top-notch law enforcement agency made up of highly trained and dedicated professional who are charged with safeguarding national security and protecting the lives of citizens.

Aside the aforementioned requirements, prospective agents are expected to be willing to go anywhere due to the tasking nature of the job.

The FBI is a reputable organization and to maintain its standard, candidates are screened thoroughly to ensure that they have clear records and can serve as exemplary citizens. In doing this, they ensure that all agents admitted to the agency are fit and suitable for the job. 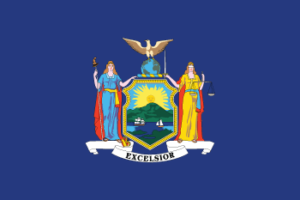 Different Positions with the FBI in New York

The organization is divided into several divisions. Each category specializes in different fields and consists of well-trained experts who have undergone FBI training.

Evidence Response Team – FBI agents working with the ERT are highly trained in evidence gathering and other forensic jobs. This division is responsible for attending to crime scenes; a crime scene investigator’s job involves analyzing and gathering evidence such as DNA, ammunition trajectories, blood splatters, and fingerprints.

Computer Analysis Response Team – Agents in this division are skilled at operating a wide range of computers and electronics, and intelligence analysts job ranges from retrieving evidence from devices and processing them into usable forms.

Translation Team – Since the United States is home to both citizens and immigrants, it is therefore necessary that law enforcement agencies can communicate with individuals that speak different languages. FBI special agents in this division are proficient in several languages, they help in the translation of files and documents as well as conducting interviews.

Specialized Weapons and Tactics Team – Popularly known as SWAT, they are the tactical and field operations unit of the FBI.  They are equipped with the necessary gear and are trained to make arrests and engage assailants.

Crisis Negotiation Team – In some cases, the FBI encounter scenarios where they have to negotiate to solve crises. Agents working for the FBI are trained to solve tricky situations and ensure that parties involved reach a comfortable solution. This unit is responsible for handling hostage situations.

As part of the FBI agents’ requirements, applicants are expected to possess a bachelor’s degree or higher qualifications. There are several positions with the FBI and each one requires a specialized field of study to fit in properly.

Bachelors of Science in criminology – The FBI deals with federal crimes and a degree in criminology offers applicants a good background in law enforcement. This is an undergraduate course offered by several universities and colleges.

Masters of Science in criminology – This program may be completed in two years in most colleges and applicants with higher qualifications are better suited for certain positions within the organization.

Degrees for FBI support specialists – All FBI agents possessing a degree that are relevant to their units. To become a federal agent, all applicants must be qualified in any of these fields; computer science, accounting and finance, law, language and linguistics, criminal justice.

The state of New York constitutes 62 counties and five major cities. The FBI has three of its field offices located in Buffalo, Albany, and Rochester city. The Albany field office is one of the earliest setups of the organization and it has been operating since 1918.

In addition to the standard responsibilities of the FBI, the New York offices have specialized roles for their agents.

The FBI has always had a strong presence in New York. It is one of the most significant terrorist hotspots in the country and is home to the joint terrorist task force which was created in 1980. After the 9/11 attack, there was a significant increase in the operations of security forces and as a result, there are always agents ready to thwart any threat. The New York division has recorded significant success in recent times, it is responsible for the conviction of a high-ranking member of the Gambino crime family, and in addition to that, they have secured indictments against internet fraudsters, drug traffickers, a child pornographer, and many others.

The range of salary for an FBI agent in New York depends greatly on both his/her experience on the job and qualification. For example, recent job descriptions with the FBI shows that a biologist with the forensic research unit may earn between $27,431 and $44,176 at an entry-level position while applicants with Ph.D. level qualifications can earn as much as $50,287-$129,517. However, agents in training have salaries that are consistent with that of the GS pay scale. They earn $43,441 annually and after 21 weeks of training; they retain their GS 10 status but are given an accommodation bonus which is usually an increase between 12.5 and 28.7 of their salary.