When American lives are threatened at home or abroad, the Tactical Operations Section of the FBI springs into action. The Tactical Section is a part of the Bureau’s Critical Incidence Response Group (CIRG), and is responsible for keeping American citizens safe in a wide variety of situations.

The members of the Tactical Section of the CIRG are some of the most highly trained individuals that there are, including Army Rangers, Navy Seals and other advanced military personnel. If you’re interested in a career with the FBI and desire one of the most important positions that there is, you should learn more about the job responsibilities of a Tactical Section career and how they maintain national security.

Information about the CIRG

The Critical Incidence Response Group was formed in 1994 to allow the FBI to more easily respond to critical, dangerous circumstances. Within the CIRG are many different sections dedicated to protecting the American people and improving national security at home and across the globe.

In addition to the Tactical Section, the CIRG also includes sections including crisis management, aviation support, ground and air surveillance, analysis/assessment and strategic information dissemination. Whatever area of the CIRG you are employed in, you must be ready to respond to vital situations twenty-four hours a day and seven days a week. 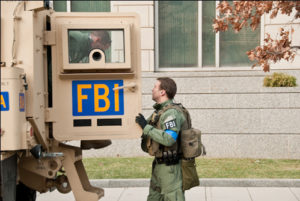 The main purpose of the Tactical Section of the CIRG is for there to be a team who is always ready to protect Americans across the world. Much like the CIRG is comprised of several different sections, there are multiple groups that fall under the Tactical Section umbrella. These groups include the Crisis Negotiation Unit (CNU), the Hostage Rescue Team (HRT), Special Weapons and Tactics (SWAT) and Tactical Aviation.

Both the HRT and the CNU jobs are focused on retrieving American citizens and personnel who have been taken hostage and whose lives are at risk. Becoming a part of either of these Tactical Section Groups requires a tremendous amount of training and expertise.

Every FBI field office across the country maintains a SWAT unit. The members of these units possess advanced military training and perform such tasks as arresting criminals, rescuing hostages and providing security. The Tactical Aviation unit works in support of the other Tactical Section groups.

In addition to fighting terrorism and keeping American citizens safe from harm, the Tactical Section is responsible for many other security related jobs. For example, one of the major duties of Tactical Section members is you secure FBI agents and staff who must work in live combat areas. While working in the Tactical Section, you may also take part in hostage retrieval, undercover operations and pursuit of dangerous criminals.

Tactical Section members are always on-call, which means flexibility is a main requirement of joining this part of the CIRG. When you join the Tactical Section, you will also be required to undergo Special Forces Training throughout the year.

If you’re looking for one of the most important, demanding FBI careers that there is, you should join the Tactical Section of the CIRG. As a tactical sections member, you will be responsible for crucial tactical operations tasks and will work to protect American citizens wherever they may be.