Although the Federal Bureau of Investigation (FBI) is primarily thought of as a domestic law enforcement organization, much of the intelligence they gather comes from overseas. To make sure that this information is understood and used correctly, the FBI employs thousands of linguists who are fluent in multiple languages.

These FBI Linguists are particularly important in a post-9/11 world where the Bureau is primarily focused on terror threats from foreign organizations and actors. If you choose to work as a linguist with the FBI, you will be responsible for many important duties, most of them related to aiding in intelligence analysis. If you are fluent in multiple languages, you may be able to have a rewarding career as an FBI Linguist.

The FBI has many career and job opportunities for linguists, both domestically and internationally. However, because thousands of people apply to be a FBI Linguist every single year, this is a highly competitive position.

The majority of FBI Linguists will be contract workers, and can work in either a FBI field office or online via the National Virtual Translation Center. If you are seeking a career as an FBI Linguist, you will first need to meet the general eligibility requirements for working with the FBI. In addition, linguists must demonstrate both English proficiency and proficiency in another language. FBI Linguists must be able to work at least 20 hours a week.

Although the FBI considers experts in almost every language known to man, there are a few languages that the currently prioritize. These languages include Korean, Russian, Urdu, Spanish, Arabic, Chinese, Farsi, Vietnamese and Punjabi. If you are fluent in one or more of these languages, then you can easily find employment for the FBI as a linguist. 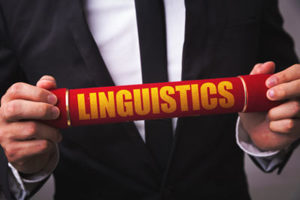 As you would imagine, the primary job task of an FBI Linguist is translation. This can include translating both documents and audio, which means FBI Linguists must be strong readers and listeners. However, while translation is the main responsibility of an FBI Linguist, it is not the only thing that they will do during the course of their career.

For example, high-level FBI Linguists may attend meetings with foreign officials and translate what they are saying. FBI Linguists can also assist during interviews and interrogations related to national security. It is also possible for a linguist to provide advice and guidance on cultural issues that the FBI is involved in.

If you want to be a successful FBI Linguist, you will need to fluent in multiple dialects of your chosen language, be proficient with computers and have the capacity to easily switch between English and another language.

Potential Salary for a FBI Linguist

Unlike other professionals working for the FBI, linguists are not generally full-time employees. Instead, they are mostly contract workers. This means FBI Linguists will usually receive an hourly wage instead of a salary. The hourly rate that you will receive as a FBI Linguist will be based on your experience and the level of expertise that you demonstrate during the FBI Speaking Proficiency Test.

Anyone that is fluent in English and another language and possesses the required abilities can seek a rewarding career as an FBI Linguist.