The Criminal Investigations Division (CID) of the FBI is the oldest and largest branch of the organization, being the core of the Bureau’s original mandate when it was first founded in 1908. This branch has the duty of maintaining our national security and protecting our citizens from all those who would do them harm.

The threats that the CID faces include interstate criminals, kidnappers, serial killers, human trafficking operations, terrorists, and organized crime syndicates. Learn what FBI special agent criminal investigators do, how they stop criminals across the nation, and why it’s so important to have this agency in place.

Of course, since 9/11, the threats facing our country have shifted focus. New terrorist organizations are showing up on our radar every day, and the largest ones have brought their battle to our shores, radicalizing our own citizens and targeting innocent people who pose no harm to anyone.

The CID and the Bureau as a whole, in response, has shifted focus to work with other branches of the government, including the military, the NSA, the DHS and the CIA. Their mission is to stop, break down and dismantle these organizations wherever they might raise their heads. 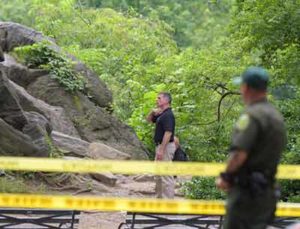 Scope and Reach of the CID

Besides its focus on terror, the CID has a mandate to stop corruption and defend the civil and human rights of U.S. citizens wherever they are put at risk. The FBI has jurisdictional authority in every state and deals with any major crime where government officials or police engage in corrupt activities, in cases of severe violence and high-profile crimes involving activities that cross state lines.

The FBI was involved in the investigations of the Unibomber case, the Newtown shootings, and has been instrumental in bringing down gang activities, crime families, human trafficking operations and high-profile white collar crimes involving embezzlement, Medicare and fraud—Enron, Bernie Madoff and WorldCom have been notable examples.

Despite the fact that every case and every day is different for FBI special agent criminal investigators, there are certain job responsibilities that they carry across the board.

Their mandate is to:

Anyone qualified to become an FBI Special Agent may be assigned to a criminal investigations unit at any of the over 100 field offices across 70-plus cities around the nation. These agents form the backbone of the Bureau’s investigative arm, the largest and oldest mandate of the entire agency.

If you have a drive to protect citizens, stop criminal activity and defend civil rights, look into the requirements to join the ranks of the elite FBI special agent criminal investigators, and get started on a fulfilling, exciting and ever-changing career today.